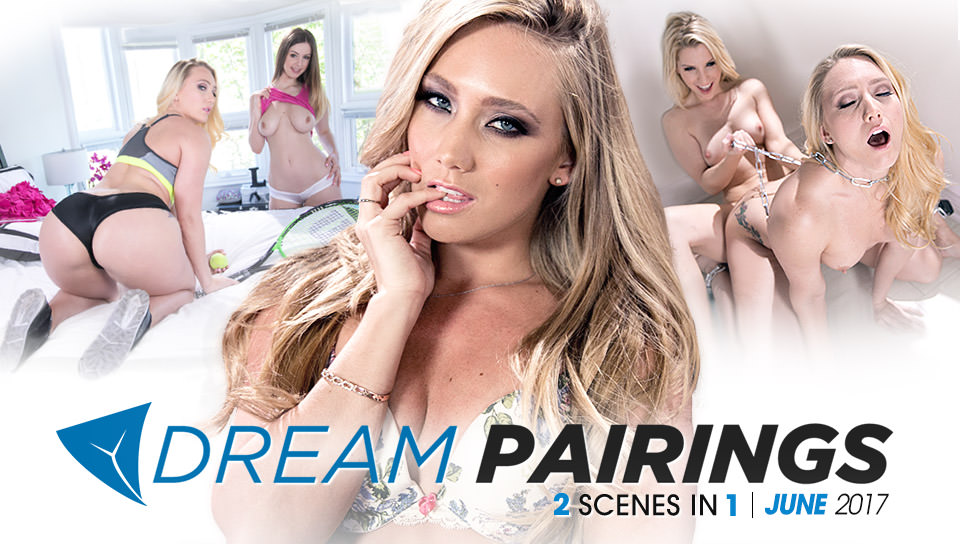 Neither of the girls see him gain entry to the house. He snatches Stella first, then AJ, and takes them to a secret location. When the terrified girls come to, they’re naked and bound to the the bottom of a stairwell. And they’re not alone. Beside them in chains is a naked blond woman who calls herself Ashley Fires. She says she’s been kept here for weeks. She recognizes AJ from her tennis lessons. Her tennis coach was obsessed with AJ. He thought Ashley looks just like her.

They hear him coming. He wants to take Stella. Stella starts freaking out and AJ clutches her legs trying to keep Stella in the stairwell. But it’s no use, he takes Stella anyway, leaving Ashley to comfort AJ. Ashley says she had a girlfriend too when she first came here.