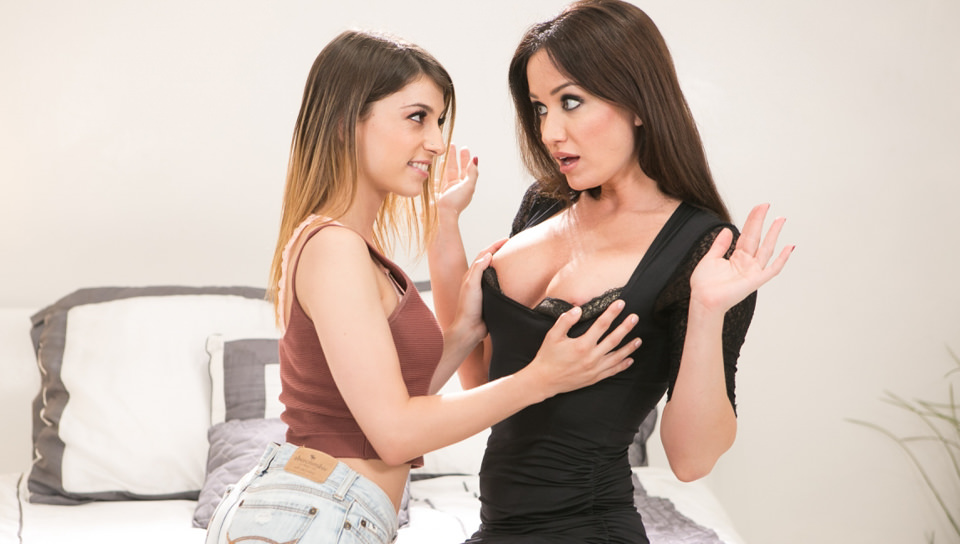 Angela Sommers is sad that her beloved stepdaughter Elle is going college. But Elle confides to her best friend Kristen Scott that she can’t leave fast enough, not since their last therapy session, when she had lesbian sex her own stepmother. When Kristen meets the infamous Angela while Elle is running errands, she offers to step in while Elle is away, in case Angela needs any help. What starts off innocent enough turns into an uncomfortable situation for Angela. Kristen seems to be hitting on the lesbian MILF. She knows Angela fucked Elle, and she wants to call her Mommy. This is so wrong, but Angela can’t resist the college age pussy, even though Elle could walk in on them at any moment. Kristen flaunts her little tits that look like Elle’s, rendering Angela powerless against the teen seductrice. As Kristen slowly removes their layers of clothing, parting Angela’s legs, and moving deeper into the crevices of her body, Angela is tortured with pleasure, and riddled with guilt for wanting it. When Kristen puts her wet mouth on Angela’s pulsating vagina, their carnal lust quickly descends into a frenzy of tribbing as the lesbians grind their wet pussies together, getting off with explosive orgasms! But will they get off scot free?