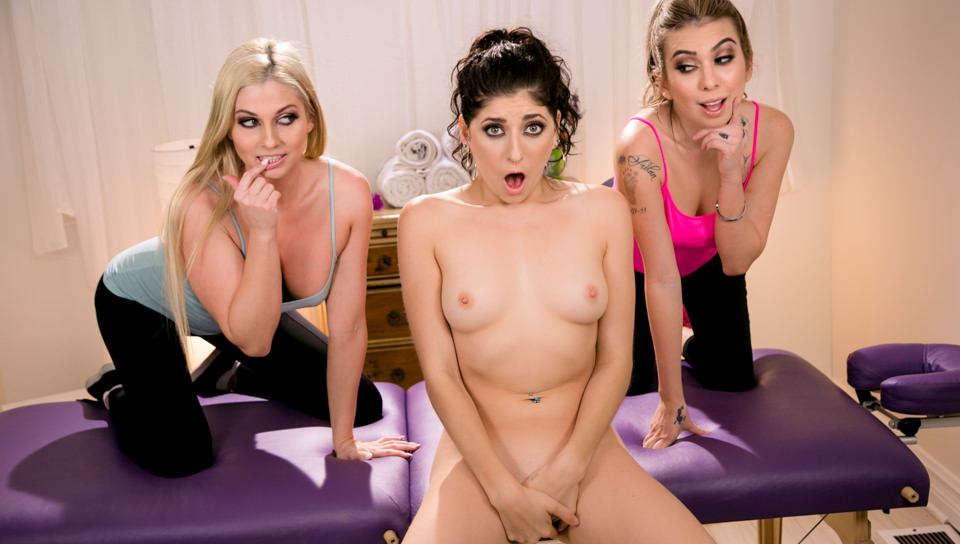 Kat and Christie make small talk with the client before turning the wand on remotely. When Nikki admits she’s a virgin and saving herself for mister right, the lesbians secretly flip the power switch. Nikki is gripped by the strangest sensation. She is tingling all over and doesn’t know why!