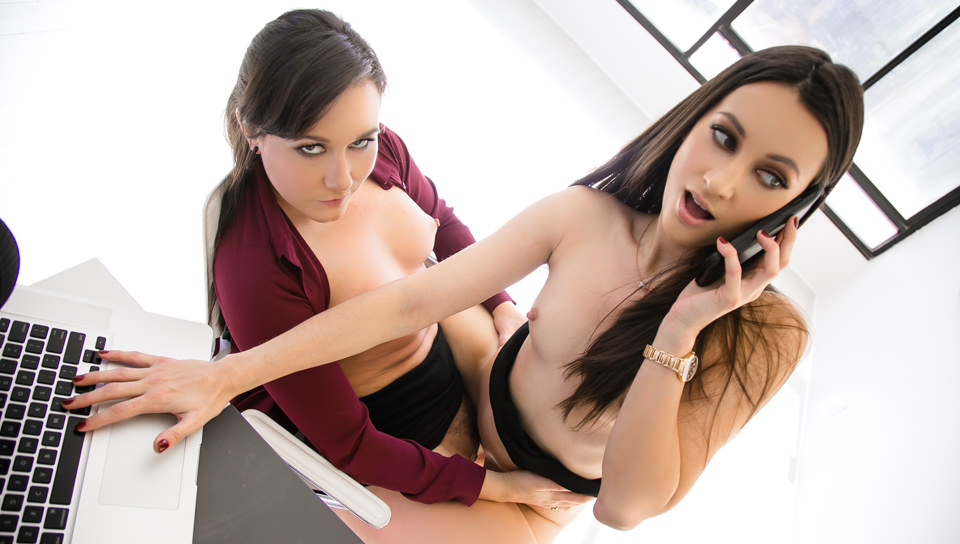 Georgia Jones starts her new receptionist job at Allen Enterprises. She’s working for top executive Sinn Sage in the most profitable division of the company, and she is married to the company’s owner.

After her micromanaging husband calls repeatedly to warn her not to fuck things up, her new boss Ms. Sage makes it clear that nepotism will not be tolerated. Poor Georgia is getting mindfucked by her new female boss. First, she undermines her confidence, telling her the entire office is betting she won’t last a month, and even her husband has wagered against her. Then she reassures the newbie she’s going to help her succeed.

While the rest of the office is out for lunch, Sinn decides to approach Georgia for some lesbian fun. She crawls under the desk to make a pass at her. Georgia tries to fend her off but Sinn insists on playing, and that as women in corporate America, girls gotta stick together. The lesbian executive unbuttons Georgia’s blouse, fondles her small tits and rubs her pussy. Georgia doesn’t want to cheat on her husband, but Sinn lets her know he’s already fucking his secretary. That’s why he sent Georgia to work for her instead.